Methodism has been in Logan County for over 200 years. The Church that is now UMT was founded in 1808. It became a station (stand alone congregation) in 1824. The present sanctuary was finished in 1854. The parsonage which stands next to the church was built in 1867 and is one of the oldest continually lived in parsonages in the Commonwealth of Kentucky. A major renovation of the church was done in 1917 in which the stained glass windows and pipe organ were added. It is in 1917 after a remark from a reporter from Nashville that the church came to be known as the Methodist Temple. In 1963 the Educational Building was added. The Bicentennial of the UMT was celebrated in 2008. 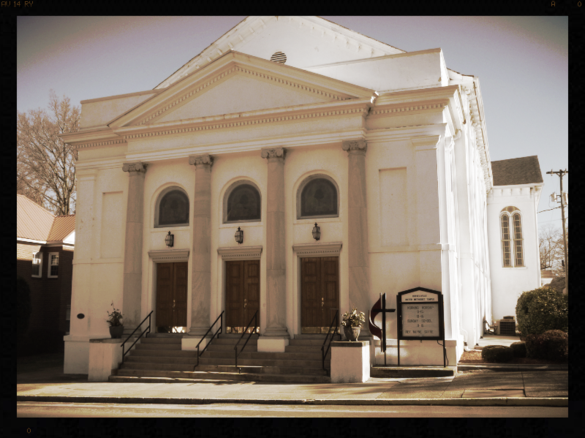 1800-  Height of Great Revival/Second Great Awakening, centered in Logan County where first camp meetings were held at three Presbyterian churches. Many churches had their beginning as an outgrowth of the Revival.

1808-  Methodist Society of ten members organized in a frame house on the corner of 4th (then center) and Spring streets. Oldest congregation in Russellville. Met in homes for about ten years.

1983- Church history written by Rena Milliken on its 175th year anniversary, the 200the year of Methodism in America. Next 25 years updated as introduction to 2008 Bicentennial Membership Directory.